Because healing is open to us all. “I believe regardless of race, sexual orientation or gender expression, we all have the innate ability to achieve a state of wellness. Holistic Psychotherapy unweaves unhealthy patterns and teaches us to recognize the effects of trauma, tap into our innate strength to heal the wounds and awaken our full potential through gentle, mindful and regulated interventions that provide balance and peace.”
No matter how you are feeling, know that there is someone out here to support you. Traumatic and challenging experiences can have a deep effect on our lives including our physical health.  Trauma can affect our nervous system, mental health and shape the way we respond to life as a whole,  keeping us stuck in toxic cycles of fight, flight or freeze.  I am living proof that we can find healing and thrive after trauma.  Recognize and reclaim your strength and true potential through gentle, mindful and regulated interventions that provide balance and peace. Santa offers you integrative holistic psychotherapy – an approach to wellness that incorporates body, mind and spirit, and combines cutting edge approaches that include somatic experiencing, mindfulness, and psychodynamic interventions. She has served survivors of trauma for over 30 years. “Encouraging exceptional, empowering and transformational life experiences is my purpose. ~Santa”

Healing is open to all us.
Each of our paths looks different, but we can all heal.

Santa works with individuals, couples and families.
Santa is fluent in Spanish and English and welcomes people of all backgrounds, sexual orientations and cultural identities. Services are offered in person, by phone and other virtual platforms.

Memoir of a Spiritual Warrior

Running Through Darkness teaches readers that no matter what you’ve been through, healing is possible. As we go from trauma to triumph, we can reclaim what has been our divine birthright to be whole, happy, joyous and free!

Get your copy here 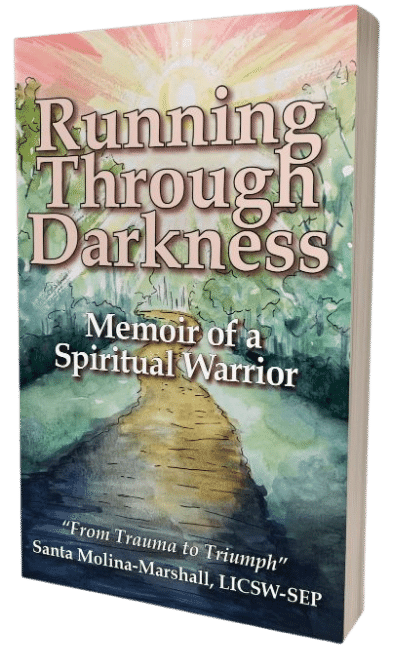 "Santa Molina Marshall is a trauma-informed therapist and healer par excellence. Running through Darkness: Memoir of a Spiritual Warrior is a balm for trauma survivors. Using her narrative, many other survivor narratives and clinical expertise, Santa provides a compassionate way toward safety, healing, and transformation for those impacted by the scourge of childhood and adult sexual violence."
Aishah Shahidah Simmons- Creator of NO! The Rape Documentary
"Santa is a gifted healer and educator. She is able to take complex, emotionally charged concepts and make them accessible and approachable. Santa’s warmth and compassion comes through in all of her work."
Kris Bein Assistant Director, Resource Sharing Project Iowa Coalition Against Sexual Assault
Previous
Next

“Encouraging exceptional, empowering and transformational life experiences is my life purpose. I am dedicated to assisting you at Uncovering Your Highest Potential.” ~Santa Molina-Marshall

Santa offers individuals the opportunity to, in a safe and supportive environment, learn to identify the neurobiological impact of traumatic experiences and access life-changing resources.

In a small group, members gather together to move through trauma in safe, supportive environment. Through mindfulness/body awareness, members learn to identify the neuro-biological impact of trauma and using specific tools, free themselves from the patterns created and developed by traumatic experiences. Read more
Read More 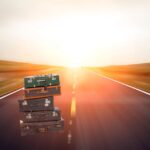 Say YES to Yourself Permission to wish with no limits